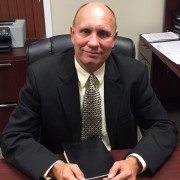 I was born and raised in Toledo, Ohio. As a young man I could be found hanging out with the wrong crowd and doing the wrong things.  As a result of my bad decisions I was incarcerated three times.  It was while in jail that I found the Lord Jesus Christ and accepted him as my personal savior on August 15, 1991.  I got saved that day and found forgiveness of sins, assurance of Heaven, and deliverance from drugs and alcohol.

After my incarceration I began attending Calvary Baptist Church in Toledo.  It was when I was attending there that God called me to preach and in the fall of 1994 I enrolled at Hope Institute of the Scriptures to begin studying for the ministry.
Shortly after starting classes I began to attend Hope Baptist Church in Toledo and became a member there.  While studying and preparing for the ministry I met my wife Misty, also a member of Hope Baptist Church, and we were married in June of 1997.  God has blessed us greatly and we now have three beautiful children Caitlin, John, and James.

In the spring of 1998 the Lord moved on our hearts to move to Ada, Ohio where I became the Assistant Pastor of Liberty Baptist Church. We served the Lord in our local church as well as any ministry our church was involved in such as nursing home, jail, and children’s ministry.  For nineteen years I tried to serve the Lord in any area I could and try to be a blessing to people.

In the summer of 2017 the senior Pastor retired and I followed the Lord’s leading to candidate for the open position.  With the consent of the church membership I became the Pastor of Liberty Baptist Church, a great local church in a rural country setting where we hope to serve until the Lord comes back. 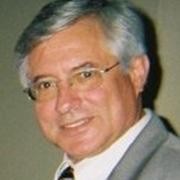 Dr Lon A. Taylor was born in Monterey, Tennessee. He was saved at the age of twenty while living in Dayton, Ohio.

In 1975 he attended Pensacola Bible Institute in Pensacola, Florida. After graduating from P.B.I. in 1977 with a “Bachelor of Divinity”, he pastored Faith Baptist Church in Panama City, Florida. In 1981 he moved to Toledo, Ohio where he was Associate Pastor of Hope Baptist Church for 17 years. He also became Dean of Hope Institute of the Scriptures.

In 1998 the Lord called him to become Pastor of Liberty Baptist Church in Ada, Ohio.

Lon and his wife, Shirl, have three children, Kristie Lynn, Beth Ann, and Huey Shane. They also have many  precious grandchildren whom they enjoy tremendously.

After 19 years Pastor Lon Taylor has retired on July 31, 2017.  We appreciate all that we have been taught.  He and his wife are now making their home in Morresburg, TN. 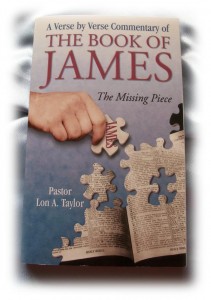 believe what they believe. Dr Lon Taylor  is on WOCB -TV Marion, Ohio.  He is also the author of  The Book of James, The Missing Piece. This book can be purchased for $10.  His hope is that they will “keep on keeping on” as he intends to do until the Lord takes him home to Glory.